About the Warfarin Sensitivity DNA Test

This genotyping analysis enables the correct warfarin dose to be determined quickly. 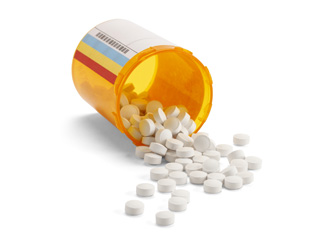 Warfarin is a very useful and life saving drug. However, there is a significant variation in responses to warfarin and the wrong dose can result in a life-threatening hemorrhage or thrombotic event. A large proportion of this variation is due to genetic variation. The genetic analysis offered by Genetrace examines eleven single nucleotide polymorphisms across four different genes (CYP2C9, VKORC1, CYP4F2 and GGCX). The results of this analysis significantly reduce the time taken to achieve a safe and stable level of blood anticoagulation, and reduce the risks of potentially life-threatening problems.

The Warfarin Sensitivity Genotyping Test identifies the nucleotide at each of eleven single nucleotide polymorphisms across four different genes (CYP2C9, VKORC1, CYP4F2 and GGCX). This genetic information, along with patient information (including age, gender, height, weight, race, and current medications), is entered into an online table provided by WarfarinDosing.org. WarfarinDosing.org uses this data in an algorithm to determine the initial warfarin dose and subsequent daily doses required to achieve the target international normalized ratio (INR).

How do Genetic Variations Lead to Adverse Reactions?

Many of the variations described here lead to reduced target levels (VKORC1), reduced warfarin metabolism (CYP2C9) and reduced vitamin K-dependent blood coagulation (GGCX). This means that a lower dose of warfarin is required to achieve the same anticoagulant affect and it can be very easy to accidentally overdose with warfarin. If these genetic variations are not taken into consideration when determining the warfarin dose, the individuals that carry the variant alleles have a 2 – 3-fold higher risk of serious bleeding, particularly during the initiation of warfarin therapy. Alternatively some genetic changes (e.g. Val433Met in CYP4F2) mean that a higher dose of warfarin is required to achieve the desired anticoagulant affect. An inadequate dose of warfarin means these individuals are at a high risk of thrombosis.

What is the VKORC1 Gene?

There are several known polymorphisms in the VKORC1 gene that affect warfarin sensitivity. A common noncoding variant is a G>A substitution at position -1639 (in the 5’ untranslated region). This -1639G>A variant reduces the level of the VKORC1 enzyme by approximately 44%, so less warfarin is required. Carriers of the -1639A allele require 28% less warfarin per allele compared to wildtype. Other variants (including 1173C>T and 1542G>C) are linked to the -1639G>A polymorphism and show a similar reduction in VKORC1 levels. There are also some rare variants (including 3730G>A and 106G>T) that increase the level of VKORC1 activity so more warfarin is required to achieve an adequate INR.

The frequency of the -1639A allele varies considerably between different populations. 33-44% of Caucasians carry the -1639A variant allele, but it has a frequency of only 11-14% for people with African Ancestry. In Asians, the variant allele is actually by far the most common allele with a frequency of approximately 91%. The polymorphisms that are linked to the -1639G>A allele have a similar frequency. One of the rare polymorphisms (106G>T) appears to be confined to only North-Eastern African and Middle Eastern populations.

What is the CYP2C9 Gene?

There are several variations in the CYP2C9 gene that affect the enzyme’s ability to metabolize warfarin (and other drugs). The normal, or wild-type, allele is known as CYP2C9*1 and metabolizes warfarin at a normal rate. There are more than 50 other alleles of CYP2C9. The eight most common CYP2C9 alleles that affect warfarin metabolism are *2, *3, *4, *5, *6, *8, *9 and *11. These alleles are shown in the table below. A decrease in CYP2C9 activity means that warfarin is metabolized more slowly so less is required to achieve the same anticoagulant affect. For example, carriers of the CYP2C9*2 and *3 alleles require considerably less warfarin with a 19% and 33% reduction, respectively, per allele, compared to wild type (*1).

Between 10-20% of Caucasians have the variant CYP2C9*2 allele, but the frequency is a lot lower in other populations (<3% in Asians and 1-6% in those with African ancestry). The variant CYP2C9*3 allele is less common is Caucasians (6-8%) and African Americans (2%) but more common in Asians (~4%). The other CYP2C9 alleles are more common in those of African ancestry and help improve the warfarin dose prediction for those populations.

What is the GGCX Gene?

The GGCX gene encodes an enzyme called gamma-glutamyl carboxylase. The GGCX enzyme is involved in the activation of blood coagulation components, in conjunction with vitamin K1. A C>G substitution at position 12970 in intron 14 reduces vitamin K-dependent blood clotting and hence a lower dose of warfarin (6.1% less) is required to achieve the required reduction in blood coagulation. This variant allele was present in 11-14% of a mainly Caucasian population in one study and accounts for approximately 2% of total warfarin variance.

What is the CYP4F2 Gene?

The CYP4F2 gene encodes an enzyme called cytochrome P450 4F2. This enzyme catalyzes the metabolism of active (reduced) vitamin K to hydroxyvitamin K, hence removing active vitamin K from the cycle and ensuring that there is not an excessive accumulation of vitamin K. A valine to methionine substitution (Val433Met) has been shown to reduce the CYP4F2 enzyme activity resulting in a higher level of vitamin K. Individuals that are homozygous for this mutation require an increased amount of warfarin (an extra 1 mg/day) to reduce vitamin K and have the required anticoagulant affect. The Val433Met variation in the CYP4F2 gene occurs in approximately 12% of African-Americans, 30-35% of Asians and Caucasians and 23% of Hispanics.

Age Limit None. This test can be taken at any age.

Collection Method Buccal swabs. The test kit contains buccal swabs and instructions for collecting a buccal swab sample from inside the mouth.

Specimen Requirements Four buccal swabs, rubbed inside the mouth against the cheek for 15 seconds.

Sample Handling DNA test kits do not have an expiry date and can be used at any time. Once the DNA sample is collected, it must be returned to the laboratory for testing within three months of collection. No refrigeration is required. Store at room temperature.

Limitations The eleven single nucleotide polymorphisms examined in this test do explain a significant proportion (but not all) of the variation in warfarin responses. Although the identification of these polymorphisms is highly accurate (>99% specificity and sensitivity), other genetic variations not tested for may also affect the response to warfarin in each individual.