What are the Risks Associated with Warfarin?

Abnormal bleeding is a major risk when taking warfarin 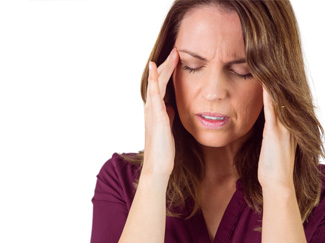 Warfarin activity must be monitored carefully to ensure that an adequate and safe dose is taken each day. This monitoring is by blood testing of the patient to determine the international normalized ratio (INR). If the INR is too high, there is an increased risk of abnormal bleeding (hemorrhage). If the INR is too low, it indicates that it is insufficient to protect against blood clots (thrombosis).

Some foods and many commonly used medications interact with warfarin. The foods that reduce warfarin effectiveness are high in vitamin K1, as this vitamin activates several blood coagulation proteins. These foods include leafy green vegetables, some vegetable oils, parsley, cilantro and dill. It is important that patients taking warfarin maintain a stable level of vitamin K1 in their diet to prevent fluctuations in their INR value. Some medications, including aspirin, anti-inflammatory drugs and several antibiotics, increase the anticoagulation affects of warfarin and increase the risks of abnormal bleeding. Excessive alcohol consumption can also increase the risk of abnormal bleeding.

Accidental or intentional warfarin overdoses, leading to severe bleeding, can often be effectively treated by intravenous vitamin K. The addition of blood products (prothrombin complex concentrate or plasma) may also be required if a rapid reversal of warfarin is required.

Warfarin use during pregnancy should be avoided, as it passes through the placental barrier and can cause bleeding in the fetus. This can lead to spontaneous abortion, stillbirth, preterm birth and birth defects.

Rare complications from warfarin use include warfarin necrosis, which occurs in patients that are deficient in another anticoagulant (protein C), and purple toe syndrome, which can occur early during warfarin treatment. An increased risk of osteoporosis and calcification of valves and arteries has also been linked to warfarin use in some studies.